History of the Craigleith Heritage Depot 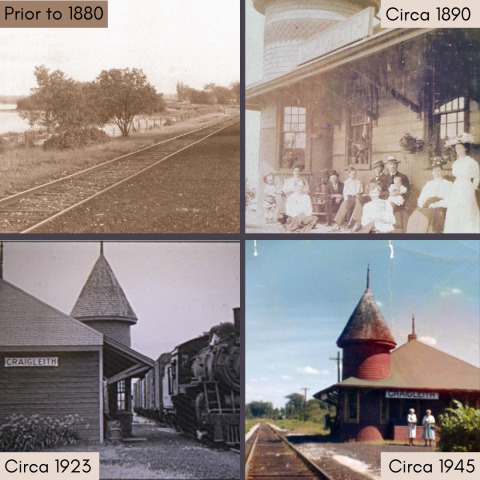 The building owes its existence to Sir Sandford Fleming, Canada’s celebrated railway engineer. In 1854 he settled his immediate family on a plot of land originally owned by the area’s first settler, John Brazier. Naming the area Craigleith, the Flemings established a quarry and a furniture factory and donated land for the original schoolhouse along the Township’s first gravel road.

In 1872, Andrew G. Fleming, Sandford’s father, sold a parcel of land to the Northern Railway along the same road for the purpose of constructing a station for the community. The lot would remain empty until 1880, a station with the very newest architectural design - a rounded turret - opened its doors.

The small station would have only had a waiting room for passengers. The rest of the building would have been used by the Station and Quarry Master's family as a residence.

In a direction quite unforeseen by the Flemings, the little station became the hub of ski trains coming from Toronto in the early 1940s and planted the seeds for what was to become Ontario’s premier ski and four season recreational destination: Blue Mountain Resort. 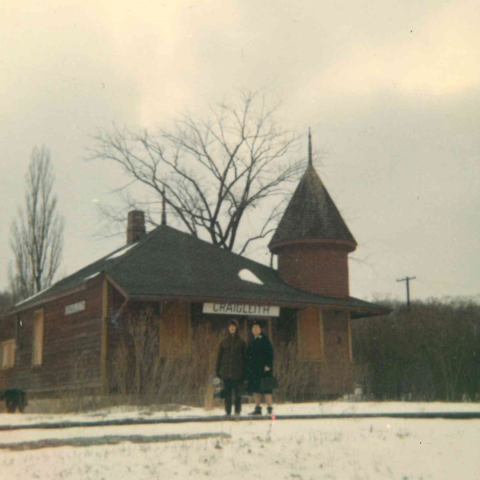 In the early 1960s regular rail passenger travel on the tracks between Collingwood and Meaford ended. The Canadian National Railway sold the property to the mayor of Collingwood, who planned on using the station as a cottage.

Letters from a local military nurse detailed that the Mayor had planned to turn part of the station's property into a mote. This obviously never occurred, however, the landscape around the station building may have been a lot different if he had!

It is not clear how long the Mayor used the station as a cottage but the building was eventually abandoned and left to decay.

(The image you see is after its abandonment, circa 1962) 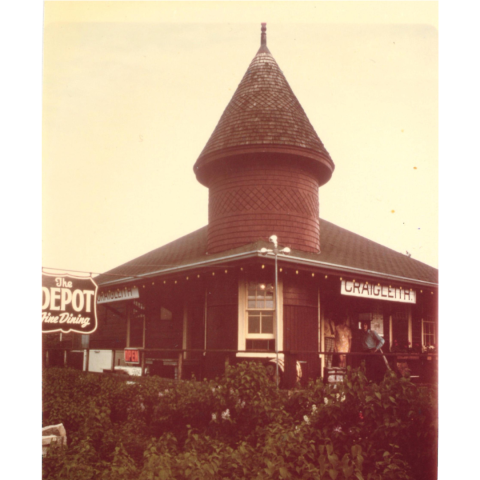 In 1964 the neglected station building was bought by Kenn Knapman and his wife Suyrea Kourey with plans to turn the building into a restaurant. The building was in need of repair when they purchased it and the restaurant didn't open until Oct. 26th, 1968.

Kenn sat on the Clarksburg Centennial Committee, and it was here that he learned of the possible destruction of the Craigleith Station. Knapman had been driving past the building for 15 years and loved the small little train station. When he heard of the plans to tear it down he had to stop it! He ended up buying the building - and the rest was history.

The Knapmans made a few additions and changes to the building to make it suitable for dining without taking away from the 19th century railway architecture.

This was the beginning of long track of great meals and memories! 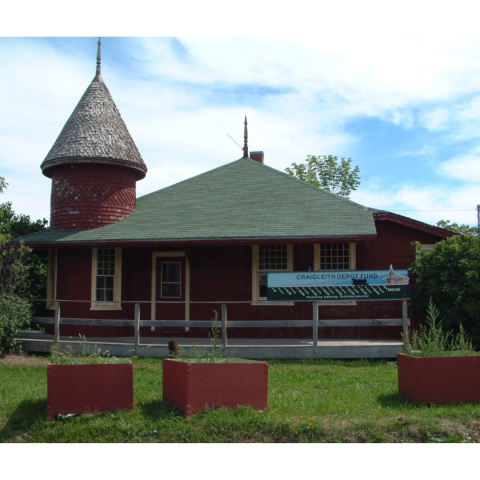 This restoration would not have been possible without donations collected from over 250 members of the public and from local business organizations through the Craigleith Heritage Committee and Blue Mountain Watershed Trust Foundation in the amount of $329,000. The Craigleith Heritage Depot Restoration Project also received $175,000 from SuperBuild funding and $55,000 from the Trillium Foundation. A display behind the museums reception desk is dedicated to thanking these generous supporters with a commemorative partnership plaque. 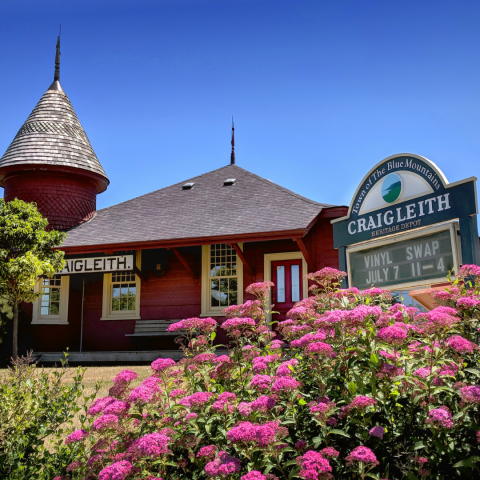 Reopening on June 18, 2016 after a short closure, the Craigleith Heritage Depot merged museum operation with The Blue Mountains Public Library (BMPL).  The library moved its archival collection to the museum and created a community hub housing a museum, library, and archival services for the benefit of The Town of The Blue Mountains community and visitors from all over the world.

BMPL is a GLAM
The BMPL is comprised of a Gallery, Library, Archive and Museum. At the time of the establishment of BMPL in 1995 and the opening of L.E. Shore in 1996, the organization was an early trail blazer by including a gallery within the building. In 2016 the Library Board and The Town of the Blue Mountains established the organization as a GLAM when the Craigleith Heritage Depot community museum became a part of the BMPL. GLAMs are now understood to be the culture hubs of communities across the province, and more regularly have been seen to have a single operational body, such as in the BMPL model.

Our local GLAM provides access to knowledge through a range of resources and public community services.